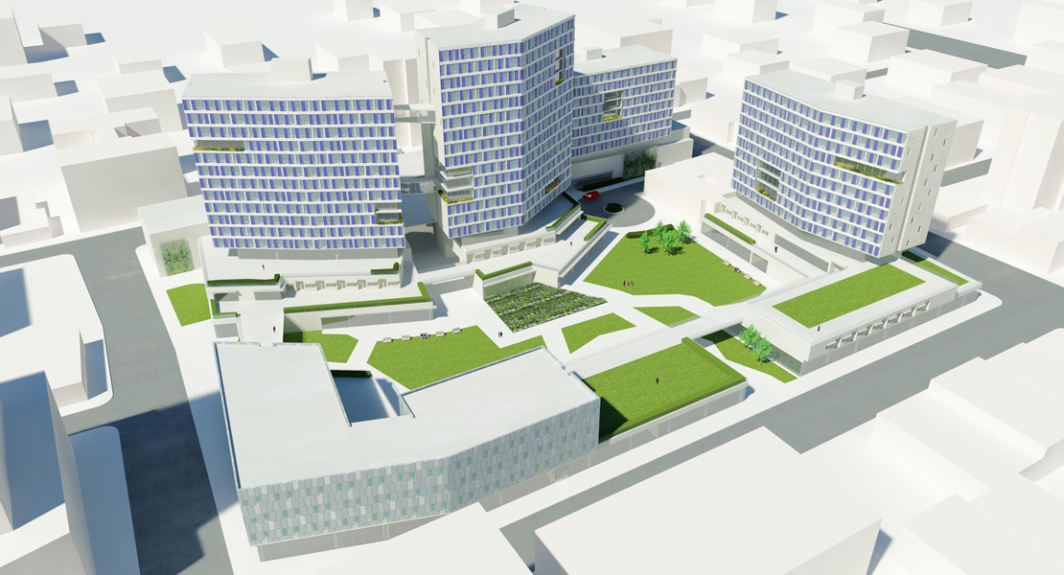 The project was undertaken as both a submission for the AIA Design for Aging Review Student Competition and as a graduate project. It was awarded a special recognition from the competition committee.

The competition brief called for the design of various types of senior housing on an urban site. Two understated requirements of the original program, a small daycare for inter-generational interaction and a concern about sustainability, became the genesis of the proposed design. The competition was used as a vehicle to reevaluate the role of the elderly in contemporary society and to create a model of social sustainability and environmental design.

The program was expanded to include a variety of uses, including a supermarket, an office block, retail, and housing for families of all ages. It also included a community garden and several other indoor and outdoor spaces for social interaction. The idea was to create a vibrant, walkable, mixed-use neighborhood where the seniors were an integral part of the community. This would create a broader network of social support than envisioned in the original program, and provide physical and mental well-being for the seniors.

Building energy usage, on-site energy generation, and outdoor comfort were the sustainable concerns that were modeled for the project.