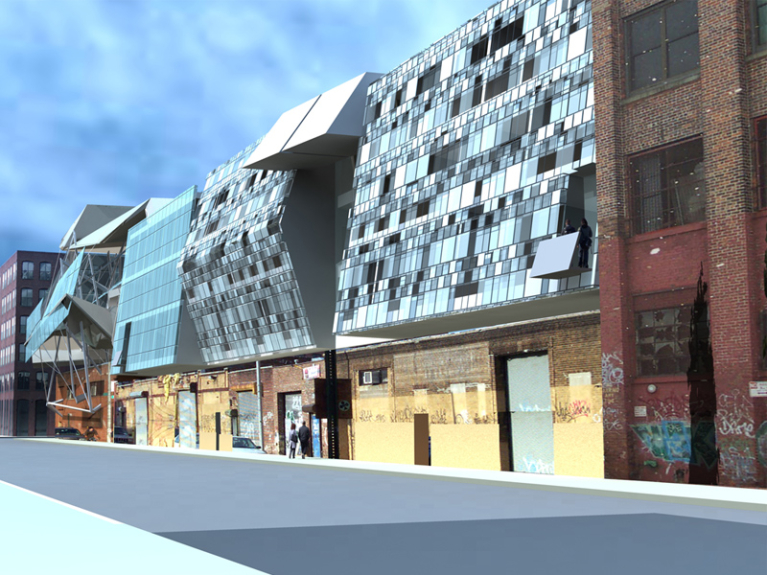 The project investigates the possibilities provided by the planned rezoning of Williamsburg, Brooklyn. Specifically focusing on a patch below McCarren Park which has been zoned for mixed usage, the project seeks to create a vibrant high density neighborhood that is pedestrian oriented and contains new public amenities.

The project works within the existing fabric of Williamsburg to acknowledge and intensity the mixture of functions already present in the patch. Interventions are proposed on both the planning and architectural scales to bring the idea of mixed use to all aspects of the neighborhood. Hybrid blocks combine functions to re-utilize existing industrial buildings and create live/work scenarios that reduce the dependence on the automobile. Two architectural interventions that the project focuses on are an apartment building built over existing industrial structures and a new performing arts center with a public square.